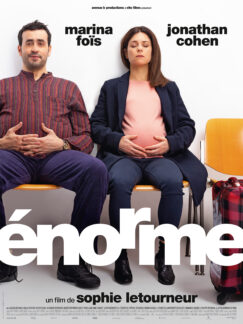 A world-traveling pianist and her husband have decided not to have a baby, but then he sees a surprise childbirth on a flight and tampers with her pill. Screenwriter and filmmaker Sophie LETOURNEUR (1978, France) studied at Duperré School of Applied Arts and then at the ÉnsAD (French National School of Decorative Arts), majoring in Film. Her feature debut, La vie au Ranch (2009), was enthusiastically embraced in France, winning both the French Film Award and the Audience Award at Belfort Film Festival. Although she experiments in different forms of film, Letourneur often playfully trains the camera on the everyday lives of young women.

READ MORE
We use cookies on our website to give you the most relevant experience by remembering your preferences and repeat visits. By clicking “Accept”, you consent to the use of ALL the cookies.
Cookie settingsACCEPT
Manage consent