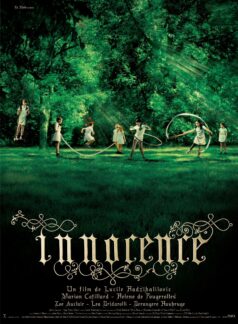 Innocence is a 2004 avant-garde coming-of-age psychological drama film written and directed by Lucile Hadžihalilović, inspired by the 1903 novella Mine-Haha, or On the Bodily Education of Young Girls by Frank Wedekind, and starring Marion Cotillard. 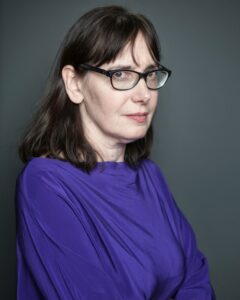 Lucile Hadžihalilović was born in Lyon in 1961 to Bosnian Yugoslav parents and grew up in Morocco until she was 17. She studied art history and graduated from the prestigious French film school La Femis in 1987 with the short film La Premiere Mort de Nono. Lucile has worked in the film industry since the 1980s, as a director, editor, writer, and actress in both short and feature films. Hadzihalilovic is best known for Innocence (2004), Evolution (2015), her third feature as a director, and La bouche de Jean-Pierre (1996). Hadžihalilović released her first English-language feature in 2021 called Earwig, about a girl whose teeth are made of ice.