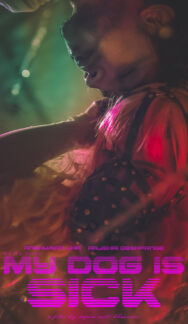 MY DOG IS SICK

My Dog is Sick pursues a couple traversing through isolation. The alpha male and the conscious female both seeking to destroy each other by pushing dormant buttons and grasping pleasure in serving and devouring. It’s a circle that liberates before it starts to suffocate. 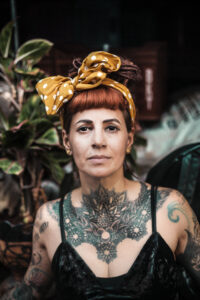 Sapna Moti Bhavnani is best known as the Producer/Director of the award-winning documentary Sindhustan (2019) which is about the largest migration of a culture (Sindhi) in history told through tattoos on her body. Sindhustan has won 11 Awards, traveled to 23 international festivals, and is now streaming on MovieSaints. In July 2020 Sapna launched her production company called Wench Films to empower the feminine gaze and push women’s talent from India to the world. Keeping the Wench philosophy “Shaping Perspectives by Shifting The Gaze” she founded Wench Film Festival in 2021 and has successfully finished 2 editions while spotlighting 174 women. Her second hybrid feature My Dog IS Sick was an official selection at the prestigious Visions Du Reel Film Market and World Premiered at New Horizons International Festival in 2021. The story for Sapna’s next feature Bearlike Man was officially selected at NAFF (The Network of Asian Fantastic Films) presented by Bucheon International Fantastic Film Festival making her the first Indian Woman Director to ever get selected. She is currently developing a Docu VR series on sexual assault I Did Not Scream, a documentary on one of the first Cabaret Bars In Bombay (Blue Nile) run by her father titled Finding Tamiko The Tomato while finishing a book – Chapter One for Harper Collins. The rest, like they say, is herstory.

My Dog Is Sick

MY DOG IS SICK