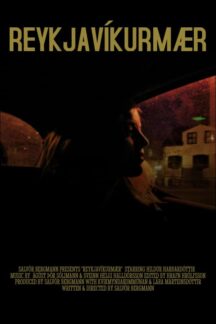 City Girl (Reykjavíkurmær) follows a young girl as she aimlessly wanders through the capital of Iceland looking for pleasure, all the while ignoring mysterious text messages telling her to go home.

Salvör Bergmann is an aspiring filmmaker who wrote, produced and directed this short film after having attended the radical film club Kvikmyndakommúnan, where attendees were encouraged to follow writing prompts and then be able to borrow equipment necessary for shooting. Salvör has a Bachelor’s degree in film theory and is currently doing her Master’s at the University of Iceland.