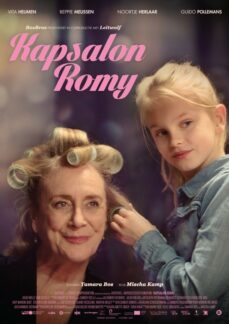 Romy’s salon is a Dutch film based on a novel by Tamara Bos. It a story of grandma Stine who reluctantly agrees to look after her granddaughter Romy after her newly divorced daughter is at work. Stine who is working as a hairdresser is struggling with the early stages of Alzheimer’s. This tale of love and affection focuses on the budding relationship of this grandma-grandaughter duo. 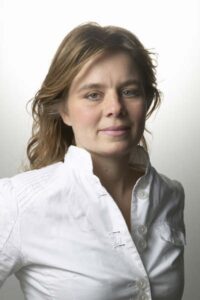 Upon graduating from the Dutch Film and Television Academy in 1996, director Mischa Kamp became involved in the VPRO production “Waskracht!” After a number of documentaries and shorts, her breakthrough came in 2005 with the children’s film “Winky’s Horse”. Based on the film’s screenwriter Tamara Bos’ book of the same name (in turn based on a screenplay), it received multiple award nominations and wins, including a Golden Calf Award for Best Screenplay of a Feature Film for Bos. Since then, Kamp has become a prolific and successful family film director with titles such as “Tony 10”, “Boys” or “Sing Song”. She is currently shooting her new film, “Coupe Confused”, also based on a screenplay by Tamara Bos, and backed by Eurimages, the Dutch Film Fund, Creative Europe, and Filmfonderung Hamburg Schleswig Holstein, among others.