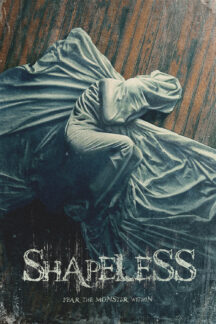 Ivy, a struggling singer in New Orleans trapped in the hidden underworld of her eating disorder, must face her addiction – or risk becoming a monster. 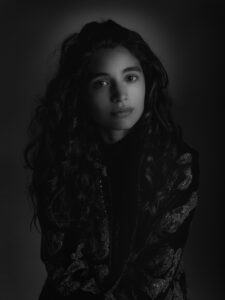 Samantha Aldana is an award-winning Belizean-American director and writer. Her style is heavily influenced by the magical realism and folklore storytelling traditions of her multicultural upbringing in South Mississippi and the Caribbean. She is inspired by stories that use genre elements to explore the human condition and is most drawn to characters and stories that have often gone unseen.

Samantha’s first feature film, Shapeless, was selected as a 2020 fellow of The Gotham Narrative Lab and premiered at the 2021 Tribeca Film Festival. The film internationally premiered at Raindance Film Festival and was awarded Best Film at Wench Film. Shapeless was released theatrically by XYZ films in early 2022.

Samantha is the recipient of the Belize Film Commissioner’s Emerging Storyteller Feature Film Award for her feature in-development, Little Lying Wild. This film was also recently selected as a finalist for the Breaking Through the Lens finance lab at TIFF as well as the Tribeca Film Institute Network, Emerging Voices Program, and was a ScreenCraft screenplay semi-finalist.

While participating in the NBC/Universal Diversity TV Director Program, Samantha had the opportunity to shadow director Salli Richardson- Whitfield on SYFY’s The Magicians and Marvel’s Agents of S.H.I.E.L.D.

Most recently, Samantha was selected by Disney to direct an original Bite Size Halloween short to stream on Hulu in October 2022 for Huluween.

Her previous short films have screened in festivals all over the world. Her short The Melancholy Man premiered as a top pick on The Film Shortage and was awarded Best Narrative Film in the Audience Awards Women’s Film Challenge. Her short Si was featured on PBS and was awarded Best Short Film and Best Cinematography at the International KIDS FIRST! Film Festival. Her film Porcelain won the Jury Award at the Boston Independent Film Festival. She received the Best Director Award for her film These Wild Things at the NYC Damn! Film Series and the Jury Award for Best LA Short Film at the New Orleans Film Festival.

Samantha holds a BA in Film Directing from Columbia College Chicago and is a member of Film Fatales, NALIP, and Free the Work.