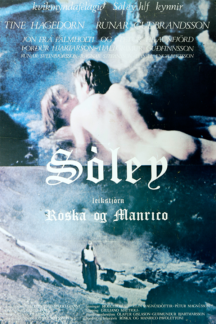 The first feature-length film to be directed by an Icelandic woman, Sóley or, The Hidden People of the Shadowy Rocks, is set in Iceland’s dark eighteenth century. The film relates the adventures of a young farmer named Thor who loses his horses that he owes as tax to the Danish church. When the protestant priest (the antagonist of the film) comes to collect the lost horses, it leads Thor on a desperate search for his freedom. His journey brings him into the uninhabited interior of the country- the outlaw lands. Here he encounters legendary figures of folk tradition, notably the elf-maiden Sóley, who accompanies him on his way across the highlands. She is the incarnation of dreams woven by the pagan farmers of Iceland, poverty-stricken and oppressed by the church. 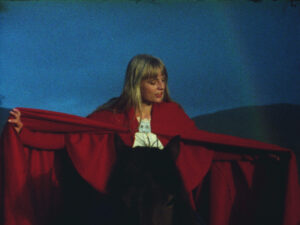 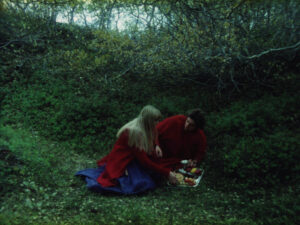 The film culminates in a dynamic scene in which an army of elves on horseback wielding torches emerge from their hidden homes to overtake the church while holding a party within the pews during the sermon. When director Róska was asked about the film, she said it is about “a dream and reality meeting up and going on a journey together”. Some viewers have described the film as Gummo meets Lord of the Rings but we  feel an even more appropriate comparison would be Sergei Parajanov’s Shadows of Forgotten Ancestors meets Richard Linklater’s Slacker (with a finale that resembles Roger Corman’s The Wild Angels) – Lee Lynch and Thorbjorg Jonsdottir (Restoration Leaders) 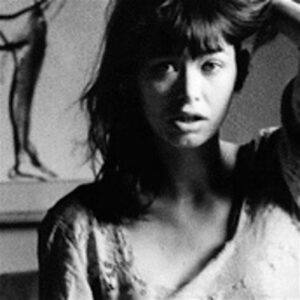 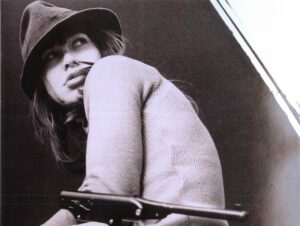 Ragnhildur Óskarsdóttir best known under the artist name Róska was
an Icelandic artist, filmmaker, communist and feminist. She studied
art and filmmaking in Prague and Rome, Italy, where she lived the longest.
One of her hallmarks is the crimson lips that appear in many of her pictures.