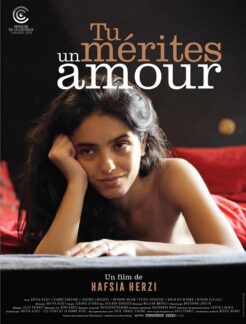 You deserve a Lover

A young woman tries to get over her problem lover with the help of friends, downtime and the occasional hot encounter. The story is hardly unusual in French cinema, but in You Deserve a Lover, it comes with a twist of apparent self-portraiture in that the writer, director, and star are one – Hafsia Herzi, making her debut behind the camera and giving a very engaging, candid performance in front. 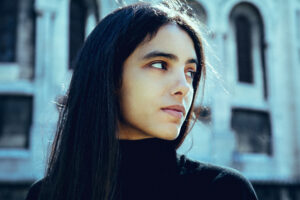 Hafsia Herzi broke into the French film industry in 2007 and gained international attention with her performance in Abdellatif Kechiche’sLa Graine et le mulet/The Secret of the Grain. Since then, Herzi has appeared in more than twenty feature films, and her projects and creative path reflect an overarching desire for mobility and diversity, including a notable global dimension. Consideration of Herzi’s professional trajectory as an example of a specific cinéma-monde path within the French film industry provides a productive way to think about these unique aspects of her career and sheds light on how global film roles (and the actress’s ability to speak French, English, and different dialects of Arabic) have enabled her to overcome the limitations of roles offered to her as a Maghrebi-French actress in France.

You Deserve A Lover – Q&A

You deserve a Lover

Q&A
READ MORE
We use cookies on our website to give you the most relevant experience by remembering your preferences and repeat visits. By clicking “Accept”, you consent to the use of ALL the cookies.
Cookie settingsACCEPT
Manage consent